A couple years ago at an HRC Gala auction, I bid on and won a trip to New Orleans. It was a package deal complete with airfare and a private house for a week. Due to timing and other stuff, I made the trip on my own. The house was northwest of the French Quarter on Ursulines Ave, right on the other side of Rampart. It was late May, but…man, oh, man…it was hot. 90 some degrees with 90 some percent humidity every day.

My first night, I took a walk into the French Quarter, bought some coffee, cream and breakfast goodies. On the way back, I stopped at nearby joint, had a bourbon, ate some dinner and listened to jazz. It was a good way to ease into the city.

After walking all the next day in the 90 + degree heat & humidity cocktail, I knew some AC, some TV and a Po’boy were the only things that would make me feel human again. I got to the little house, settled into some Alaskan Bush People and tucked into that Po’boy. About halfway through the sandwich, the living room ceiling light turned off, then turned on. Then turned off. Then turned on. Then turned off. Then turned on…. It didn’t stop. I got up and walked over to the light switch and flipped it. The light stayed on. “Weird,” I thought. I was thinking it had to be something with the alarm system. After all, I had to call the owners when I first arrived so they could turn off the alarm. Maybe it was something to do with that. Reasonable, right?

The rest of the week, I would walk all over the place. I’d been to NOLA a time or two before, so I was working on the list of things I had missed. For some crazy reason, I had never been to Saint Louis Cemetery #1. S L C #1 is a significant place: more than 600 tombs, the cemetery scene in Easy Rider was filmed there, Nick Cage bought a plot (for future use) and put a weird pyramid on it, there are guild crypts that house many of NOLA’s musicians and artists, and S L C #1 is the resting place of Marie Laveau, the “Voodoo Queen” of NOLA. Due to vandalism and other nutty happenings in the cemetery, all visitors must take a guided tour and leave at the end. S L C #1 was not that far from my little home for the week. While we were waiting to get in, the tour guide told us a story about a neighbor of the cemetery digging up his backyard to put in a pool only to find bones and bones and bones. An archaeological team came in to catalog and package. At the time, he was still waiting for the “all clear.” The tour guide said this was a semi-common thing with the neighborhoods (like mine) above Rampart. The space between Lake Pontchartrain and the Mississippi was straight up swamp back then. That was before the whole above ground tomb thing and when lots of people died during typhoid or cholera outbreaks.

The next couple of days went by like normal. Just me darting in off and on during the day for some AC, stopping by to rest a bit before heading out again and crashing into bed at night. Heat is one thing, humidity…blerg.

On my last night, I decided to do some laundry. The place had a washer/dryer. I didn’t need to bring dirty clothes home! Score! So I was doing laundry, watching SVU and packing up a little bit. When the dryer finished, I grabbed up my clothes, turned off the living room TV and look the laundry basket to the bedroom to fold and pack. When I got into the bedroom, I turned that TV on (intending to finish the SVU show I had been watching) but The Graduate came on. And it was at THAT part. The part where you look through Ann Bancroft’s bent leg to see Dustin Hoffman. So, in mid fold of a t-shirt, I stood there watching Dustin Hoffman ask Ann Bancroft if she was trying to seduce him. Just then the Menu screen pops up on the TV. The menu begins to scroll up, past one page then past another page. It comes to the SVU show I was watching and selects that show. I’m just standing there holding a t-shirt and watching this happen. The remote is on the other side of the bed where I had tossed it. I put the t-shirt down, look around the room and say out loud, “I’m leaving tomorrow.” I then decided to completely ignore my instinct to be FREAKED THE F OUT! What good was it going to do to dwell on it? NONE! I just finished packing for the trip home and watched SVU…because…compromise.

I hopped in bed, eager to start sleeping so I could get the heck outta there like I had promised. I set the sleep timer on the TV, put the remote on the nightstand, and then leaned over to flip the light switch off. Ever experienced that thing when someone was there, but they have just turned around and left? And you only see that last little bit of them, almost like a trail or a vapor…? Yeah, well, I saw the last little bit of … someone/thing … in the bedroom doorway. About two feet away from me. Yep. Uh-huh. It’s totally fine. Sure. That’s no big freaking deal or anything!

I flipped off the light and somehow fell asleep. I left for the airport a little early. 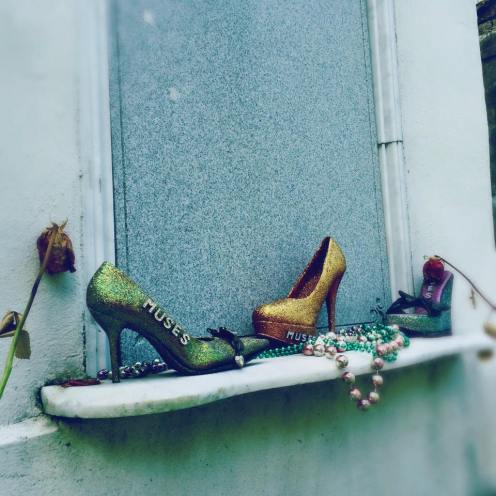 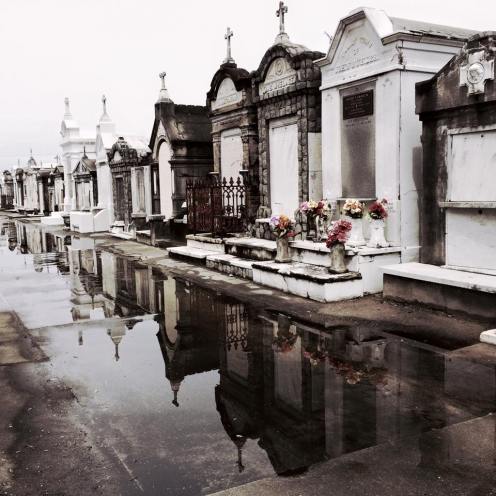